This morning I met another solo traveler from New York  named Daniel. During breakfast we started talking about life, work, stress and ended up having one of those conversations, when you open up about your life to a total stranger, simply because you’re in a foreign country and the conversations flows. It might also have had something to do with the fact he had climbed a tree and picked his own coconut for breakfast, having just arrived the day before from New York. This alone amused and intrigued me.  So Daniel was telling me about how he works for a high powered architecture firm in New York and how he does 3D modeling and works with the architects to render buildings as physical models and virtual models to pitch to clients. As I listened to him I realized that what he does as an artist is use his imagination and intention to create something solid that is simply a thought. He models buildings by collaborating his thoughts with others. He uses his hands, his mind and his tools to bring them into a solid form. Sometimes, they don’t get the business, so the building stays a thought, outside of the modeling he’s rendered. When I said this to him he admitted that he had just been thinking about this yesterday. He was thinking about how he believes most of what we create comes from a place of potential energy and thought, then someone gives it form and shape,  that makes it a “reality”, as we call it.

Then he said to me, “That’s exactly what I do. I’ve never admitted that I think about it this way to anyone. If I said that to someone in New York they’d put me in the looney bin.”

I replied, “Now, if you said that to someone in Bali, they’d invite you to a ceremony. That’s the thing about Bali. It’s overdeveloped, it’s touristy in places, but the Balinese believe in magic. They still practice magic all over the island.”

I’m appreciating these lessons about potential energy in our bodies, in our minds and how we either let it lie dormant or we understand how to access it. Our talk this morning just reflected what I’ve been asking myself as I’ve been traveling around, which is, when do I let my own thoughts lead me astray by not recognizing the magic, the potential energy, around me? I know it sounds esoteric, but I’m beginning to recognize it’s more powerful than going back to school to get another degree…I just have to wake up to it.

I’m sure you’re curious to know what happened next with Daniel. (if you’re Becky you’re wondering about the Island debate) We ended our breakfast conversation and I let him know I had to change hotels because the Long Beach Chalet was fully booked for the next few nights. I told him where I was going and we said we might see each other on the beach…

Following the diving is what lead me to Koh Lanta and it’s been a peaceful stay from the developed and touristy Phuket that I left 5 days ago. Koh Lanta is an island further South past Phi Phi and closer to Krabi. The whole island is about 30 kilometers and you can easily ride around on a motor bike in a day, simply exploring different beaches. It’s a nice mix of restaurants, bars, B&B’s, resorts and the lush tropical Thai island lifestyle.

The first few days I stayed on Pra Ae Beach in a place called Papillion Bungalows.  It’s not right on the beach but it’s a 3 minute walk to the beach. The bungalows are about $30 a night and are basic with air conditioning and a bathroom. I was diving for two days straight so I only needed a place to sleep. The beach itself is lined with restaurants and beach bars to hang out and eat.

The restaurants on the island are good but the best part for me has been my luck in staying at the Long Beach Chalet. On trip advisor it’s one of their top B&B choices and it was booked solid for the dates I wanted, as it turned out, Papillion Bungalows is right next door. I realized that when I arrived.

I managed to get a room at the Chalet for 2 nights because they had a last minute cancellation. The Chalet also has one of the best restaurants I’ve been to here called the Three Mums…and they know how to cook. It’s amazing.  I basically ate at the Long Beach Chalet until it was time to move in for a few nights and it’s been really lovely. The rooms cost a whopping $33 a night. I can’t imagine next season the prices will stay that low. They are booked solid and it’s one of the warmest, friendliest places I’ve stayed in Thailand, with by far the best home cooked food. Every morning one of the Mum’s comes to talk to me to make sure I’m happy with breakfast and always sends something extra over for me to taste. Everyone is really helpful, lovely and the food is delicious. Check them out http://www.longbeachchalet.com. It’s a gem.

I highly recommend visiting Koh Lanta if you want to get away from the beach crowds and have a relaxing vacation. It also has some of Thailand’s best dive sites, which is a big bonus. I’ll post something on diving Hin Daeng (Red Rock) and Hin Meuang (Purple Rock) in the next few days… 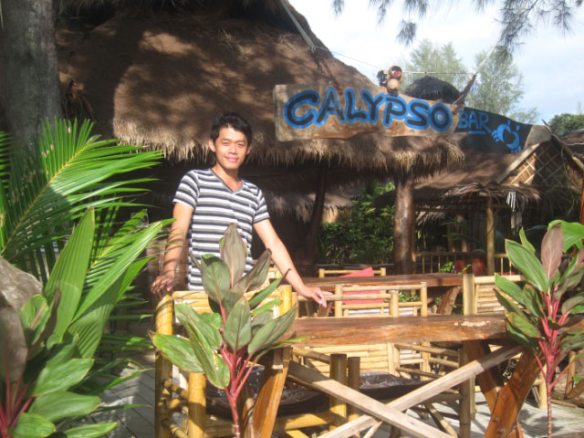 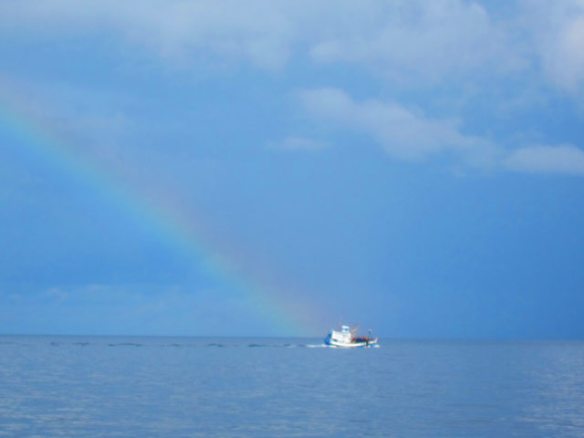 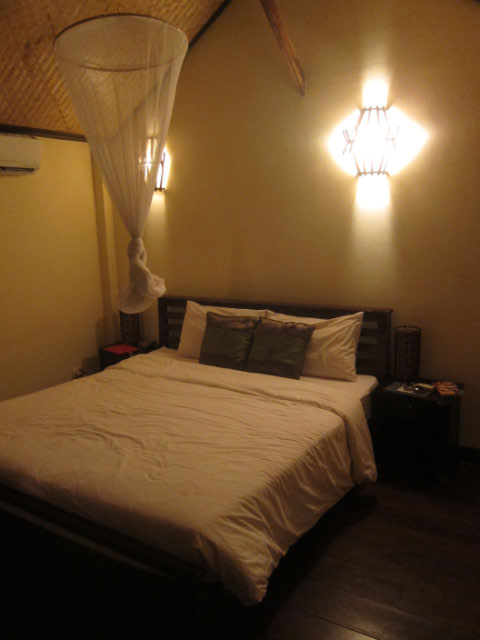 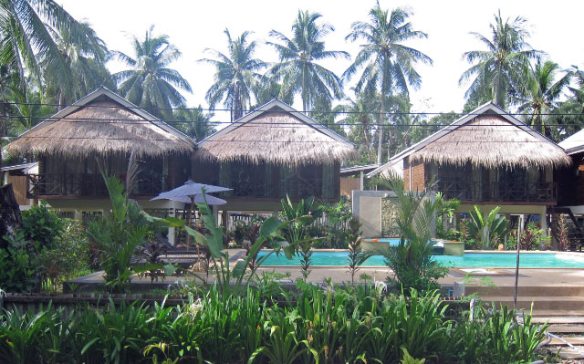