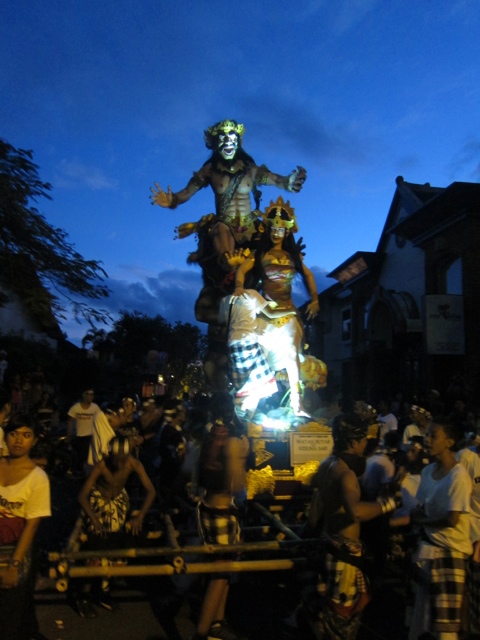 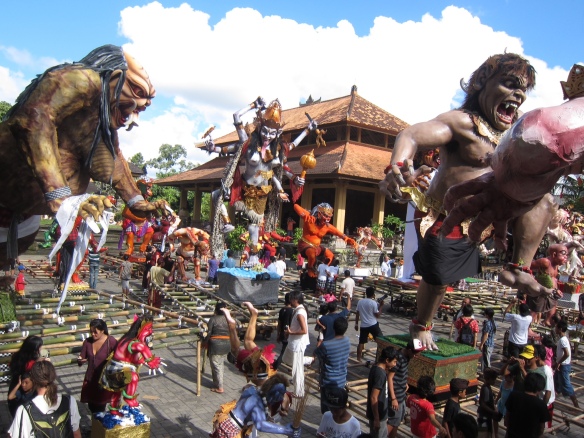 Yesterday was Nyepi, Bali’s day of silence and New Year. It’s a little like Yom Kippur in that it’s one of the holiest days of the year here and that the night before everyone is out as a community and that’s when the holiday really begins. That’s about where the similarity ends. Everything shuts down here, including the airport. On the day of Nyepi the streets are completely empty, no one leaves their house or their family compound. In fact my friend Cat told me this morning that in Sayan (a village close to Ubud) anyone caught out in the street or making loud noise is fined 50 kilos of rice. This is serious business. I didn’t leave the house…I’m not sure where I’d get that much rice.

The eve of Nyepi is apparently different all over the island. Since this was my first experience I really wanted to stay in Ubud, mostly to see all the Ogoh Ogoh. I’ve been watching people build them all month and whenever I’m driving around with someone lately they have to stop so I can take pictures, I’m fascinated. The creativity and spirituality of the Gods is all over the island…I also have to admit I don’t have much background to give right now about the story behind the variety of Ogoh Ogoh I’ve seen but I will find out and get back to you.

Here’s what I have found out. During the procession, the Ogoh-ogoh is rotated counter-clockwise three times. This is done at every T-junction and crossroad of the village. Rotating the effigies during the cremational parade and the eve of Nyepi represents the contact of the bodies with the spirits. The intention is to bewilder the evil spirits so that they go away and cease and desist harming us human beings.

On Thursday night as the sun set, there were about 30 Ogoh Ogoh’s gathered at the temple by my place with all the Balinese dressed up and ready to roll. There was a huge parade through the streets, music, gongs, cymbals, I even saw a little fire dancing later on in the evening at T-junction as they were rotating. It started around 6:30pm and at 10:00pm they were finishing parading around the streets. By midnight everything was quiet, everyone had to be in their homes and Nyepi had officially begun. Around 11pm I sat on the steps of the Palace,  a major intersection, which is usually busy, jam packed with people, motorbikes, cars and crowds. I could hear the crickets it was so quiet. One or two motor bikes drove by and no cars. Everyone was hunkering down to stay home, keep quiet and respect the Balinese holiday. 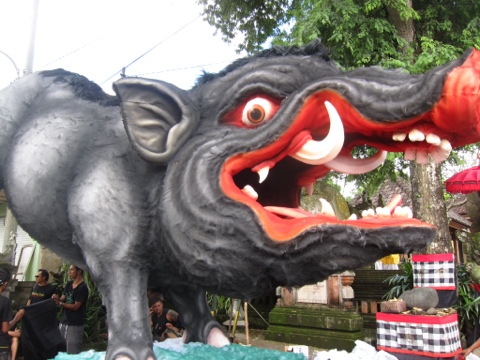 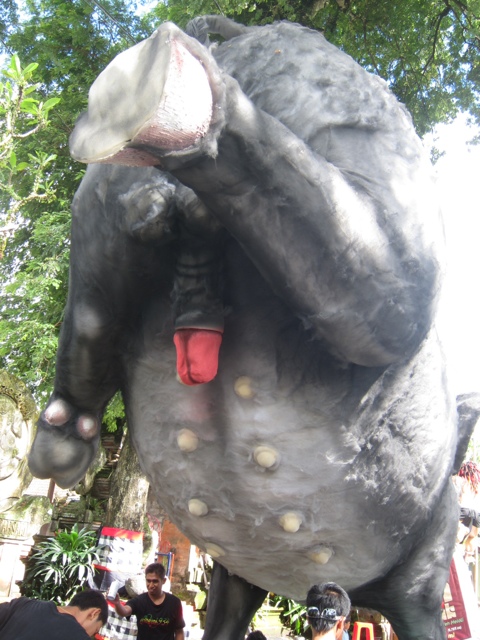 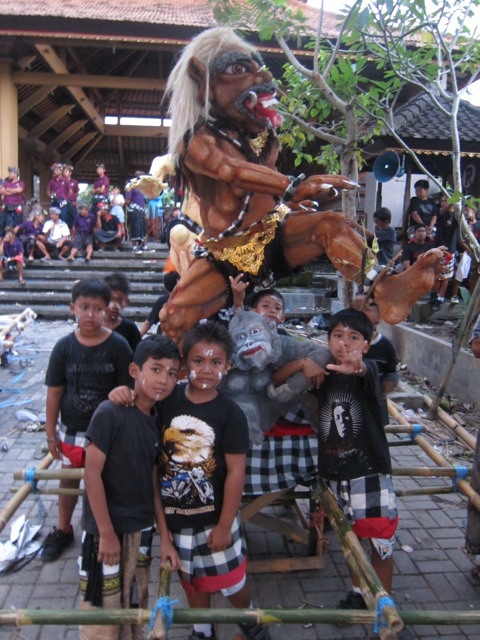 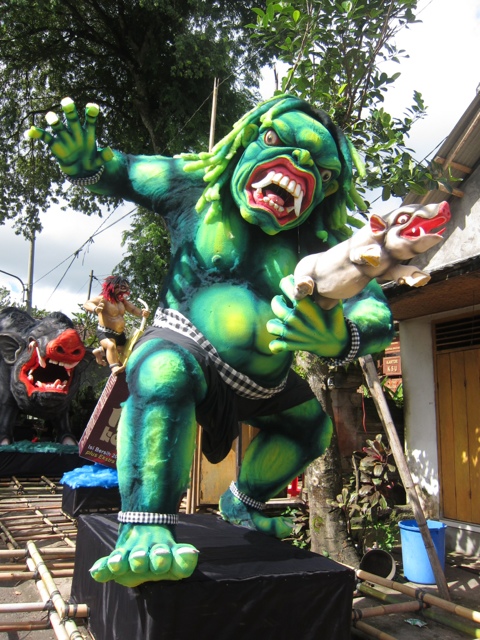 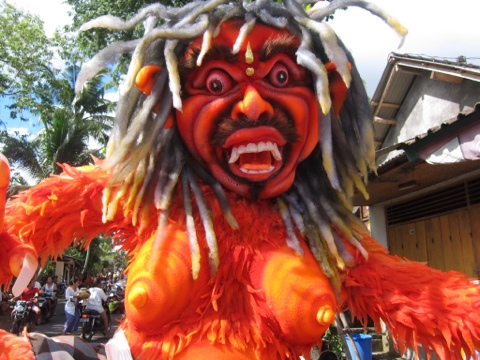 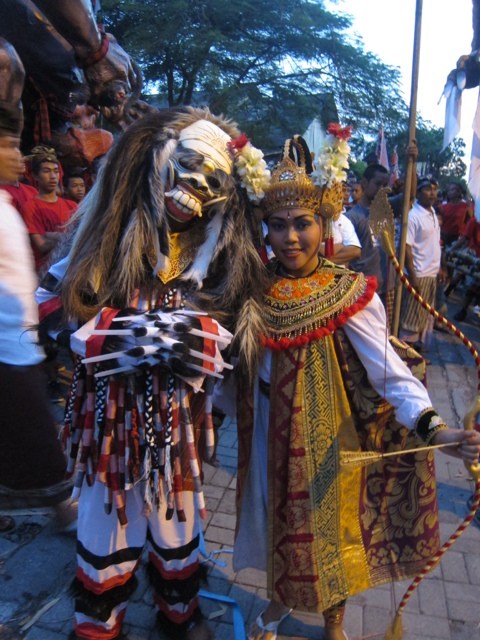 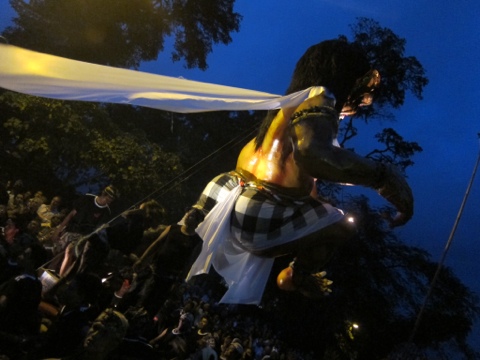 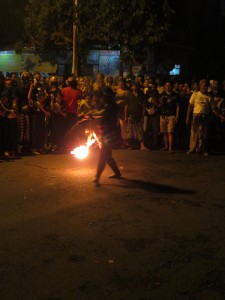 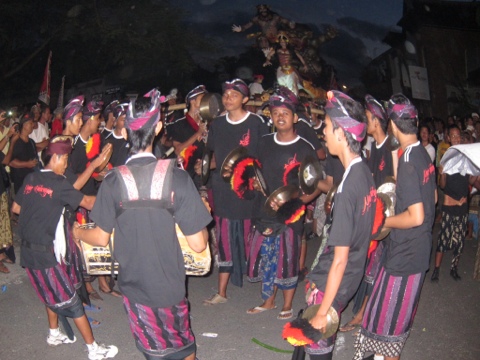 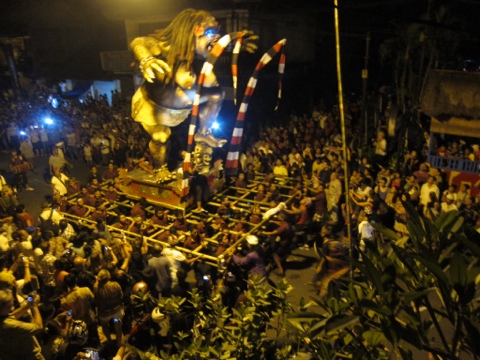 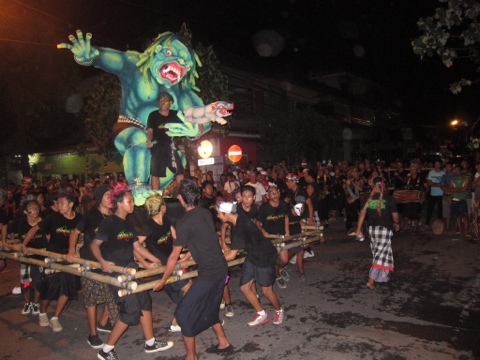